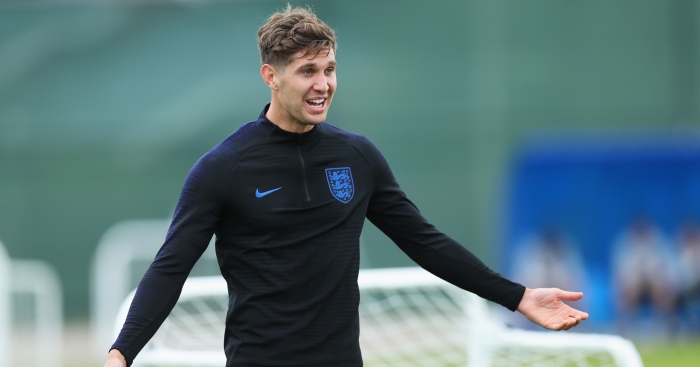 Manchester City defender John Stones and Stoke City goalkeeper Jack Butland have given an insight into the harmony inside the England camp in two exclusive interviews with COPA90.

The likes of Frank Lampard, Steven Gerrard and Rio Ferdinand have in recent months spoken about what they saw as cliques within the England squads they were a part of over the years, with club team-mates tending to stick together.

Ferdinand said he and Lampard actually stopped talking altogether, such was the rivalry between Manchester United and Chelsea at the time – and that’s despite the two coming through the ranks at West Ham together.

Thankfully, there seems to be a genuine camaraderie among the England squad in Russia.

“Ex-players have come out and said England felt segretated and that they didn’t feel like everyone bonded, they felt like the club players stuck together, but I don’t feel that here at all,” Butland told COPA90. “Everyone enjoys each other’s company.”

Part of that is undoubtedy down to the fact that several of the current players are of a similar age and came through the age ranks together, but Stones says Southgate has also worked hard to maintain a good spirit

“Every manager has their own ideas and their own way of doing things, and he’s done a lot of things off the pitch to bring us together,” Stones says.

“We’ve gelled together well. Off the pitch is massive because we spend so much time [together].”

Even during their free time, Butland says the players tend to come together in the evenings to relax.

“There’s a good UNO school. It gets intense,” he jokes. “Fortnite is the main thing at the moment. Everyone wants to try to make it as much like home as possible.”

Stones added: “I can’t play Uno. We’ve been drilling Fortnite. Sometimes we’ll just sit watching TV, but we’ve all brought our Playstations, we’re all joining in together and playing for God knows how many hours, trying to get better because I’m terrible at the moment.”

You can watch the full interviews with Stones and Butland below.