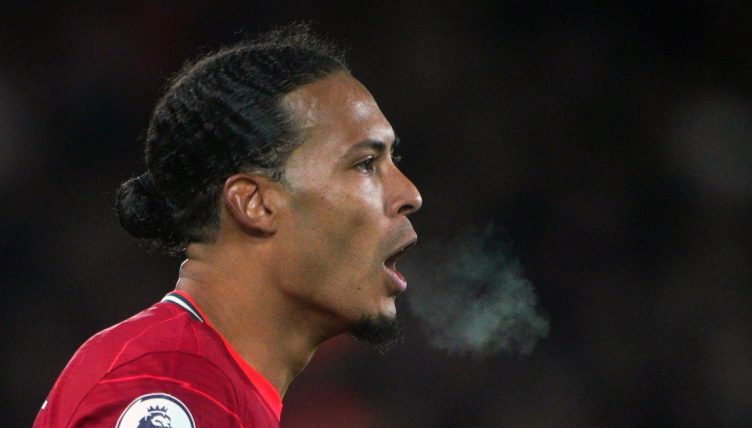 Van Dijk, who scored Liverpool’s sixth in injury-time, is yet to lose a Premier League game at Anfield in a Liverpool shirt.

And Wednesday’s win took his tally in that category to a record-equalling 59 for a single club – 51 wins and eight draws.

Only former-Manchester United defender Lee Sharpe can match that record and Van Dijk will overtake him if he plays and avoids defeat against West Ham on March 5.

The Netherlands defender praised Joel Matip for his ability to run with the ball after seeing his team-mate score a wonderful goal against Leeds.

“It’s a big quality of his [Matip’s],” Van Dijk said. “I wish I had that quality at times. He just can go without any fear and hope for the best a little bit.

“He has that quality, it’s a big strength of his and it’s useful because it drags other players from their positions and today the space was there to make that run and finish off.”

It may have been against opponents who were outclassed, but the 30-year-old showed impressive poise to dribble his way out of trouble before releasing Jordan Henderson with a pinpoint pass.

Less than 10 seconds later, the ball was nestling in the Leeds United net and Liverpool had moved to within three points of leaders Manchester City.

After the victory, which Jurgen Klopp celebrated with seven fist pumps in front of the Kop, the Liverpool boss said: “In that moment I got a little carried away and these days it does not happen too often to me.

“But it happened and it was absolutely fine for that moment.

“I really loved how the whole stadium responded to that in the game and how we were really in the game as a unit.”