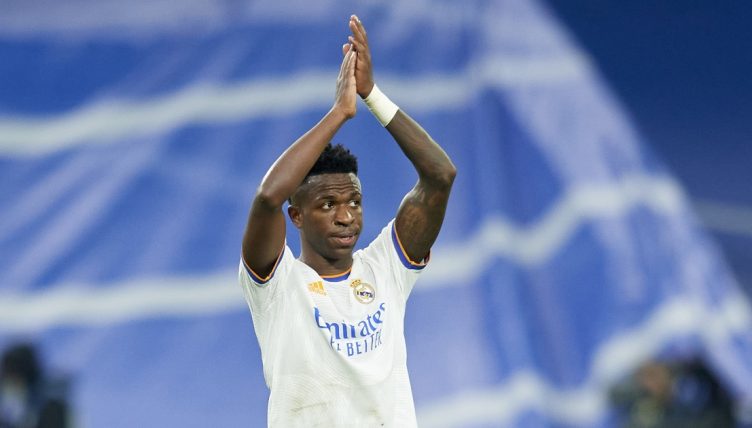 Vinicius Junior enjoyed a fabulous end to 2021 with Real Madrid – and, if this clinical finish against Barcelona is anything to go by, then the young forward will be carrying on his hot streak during 2022.

Real Madrid and Barcelona decamped to Riyadh, Saudi Arabia for the first El Clasico of 2022 – and the competitive fixture between the arch-rivals to take place outside of Spain.

Both clubs are taking part in the Spanish Super Cup, with the victors of their semi-final facing either Atletico Madrid or Athletic Bilbao in the final next Sunday.

Real were favourites, considering the league positions of the two clubs, and Carlo Ancelotti’s side took an expected lead through their fleet-footed Brazilian forward midway through the first half.

Karim Benzema won possession on the halfway line and, after exchanging passes with a team-mate, ran at the retreating Barcelona defence.

Noting the run of Vinicius, Benzema slipped a delightful through-ball into the gap and into the path of the 21-year-old.

From there, the Brazil international motored away from the opposition and slotted the ball clinically past Thibaut Courtois.

He shows his electric pace on the break to net his 15th goal of the season 📈#ElClasico pic.twitter.com/vz9wWHy9ps