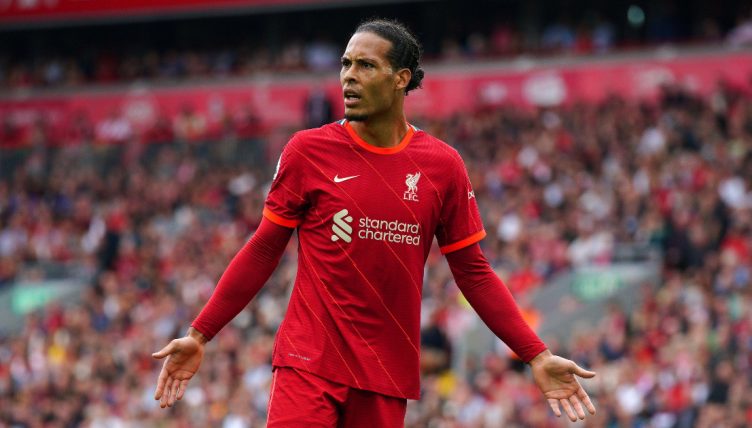 Virgil van Dijk is arguably the best centre-back in the world, and he showed his world-class composure in Liverpool’s 2-2 draw away at Manchester City when dealing with former Liverpool star Raheem Sterling.

Van Dijk is renowned for his supreme confidence when defending in 1v1 situations, and the game against the current league leaders was no exception.

Sterling found himself running into open space towards the Liverpool goal with just one defender to beat, but that defender happened to be Van Dijk.

The Netherlands international closed Sterling down before winning the ball with ease and fans were quick to notice that Sterling had slowed down and lost the opportunity before Van Dijk had even moved.

The ‘aura’ Van Dijk gives off when defending is a common theme when it comes to him dealing with dangerous attackers, and he bullied the England international whilst hardly breaking a sweat.

“Obviously, it was always going to be an intense game,” Van Dijk told Premier League productions after the game. “Also a game that was end-to-end, I think, because of the quality both teams have.

“We don’t want to concede goals at all but unfortunately it happened today. I think the second half was a good half for us, especially the start, of course, with the early goal.

“But I think overall, a well-deserved draw, I think. We shouldn’t come from behind, in my opinion. But it’s a situation we have to deal with and we have the character, we have the quality and we have to stay patient and play football, especially, against them.

“At times it’s difficult to find the free space between the lines because they press good.”

Even though it wasn’t his finest performance, conceding twice and picking up a yellow card, Van Dijk still showed why he’s one of the best around.

Van Dijk using nothing but his aura to defend against Sterling.💀 pic.twitter.com/4iUbibjj91