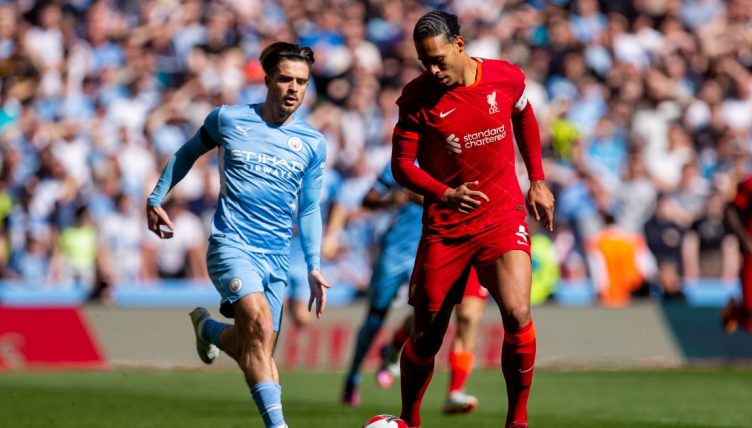 As Andy Robertson delivered a corner from which Ibrahima Konate nodded home to open the scoring, Van Dijk sent Grealish tumbling in the box.

City’s club-record signing attempted to block the Netherlands international’s front post run but a strong right arm into the attacker’s chest saw him collide with team-mate Gabriel Jesus, as he fell to the floor and watched Konate power home.

It wasn’t all embarrassing on the afternoon for the former Aston Villa man. He scored at the start of the second half to salvage hopes of a revival from the three-goal deficit that Pep Guardiola’s side faced at half-time.

But the Reds still progressed into the final with Van Dijk delivering his customary dominant performance to help keep quadruple hopes alive at Anfield this season.

“It is about scoring goals and that is what we did in the first-half,” Van Dijk said post-match. “[It was] a perfect first-half in that case but we play City, the champions of England at the moment, and it is always going to be tough. There are moments you will have to suffer.

“You have to show a lot of strength and togetherness. It was intense, like the previous game against each other, but we should have killed the game off.

“We go to the final now, we haven’t won anything at the moment but it is a big step for us as a group. It is the only trophy we didn’t win so we will give it a go.”