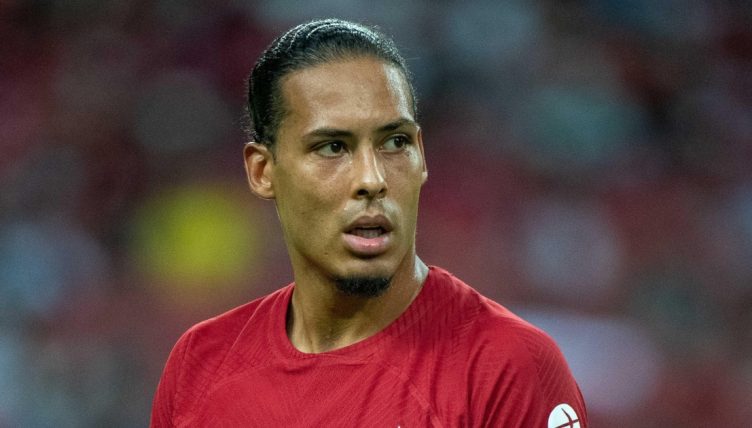 Virgil van Dijk is widely regarded as the best defender in world football but the Liverpool centre-back used their pre-season friendly against RB Leipzig to showcase his immense passing ability.

Van Dijk has been the bedrock of Liverpool’s defence since his £75million move from Southampton in 2018, helping the Reds to win both the Premier League and Champions League.

And the Netherlands international was part of a Liverpool side that thumped Leipzig 5-0 during their match at the Red Bull Arena in Germany.

Mohamed Salah gave his team a half-time lead with a well-taken early finish, but the second half became the Darwin Nunez show, with the new signing netting a 20-minute hat-trick, before rounding off his account with a last-minute goal as Jurgen Klopp’s side cruised to a comfortable victory.

While Van Dijk didn’t have too much defending to do, the 31-year-old still managed to impress the Liverpool supporters in attendance with an outstanding moment of technical skill.

With Liverpool already leading 1-0, Van Dijk took possession of the ball deep inside his own half and assessed his options. And, after spotting Salah in space, the Liverpool defender lofted a pinpoint pass into the path of his team-mate.

Klopp was certainly pleased with his side’s effort, telling reporters afterwards: “In the first half, there were good moments, less good moments, not enough movement, we need to get used to how hard it is to play 50, 60, 70 minutes – and in the end 90 or 120.

“The human body is like this, you need to get used to it again. When we struggled a little bit it was always after three minutes break we played football again, then a deep breather and play football again.

“And I wanted us to be a bit harder with ourselves, go over that point, it’s pre-season. And move more. I think we did that second half obviously.”

These passes from Virgil get better every time 😮‍💨 pic.twitter.com/T9PyuHX37z