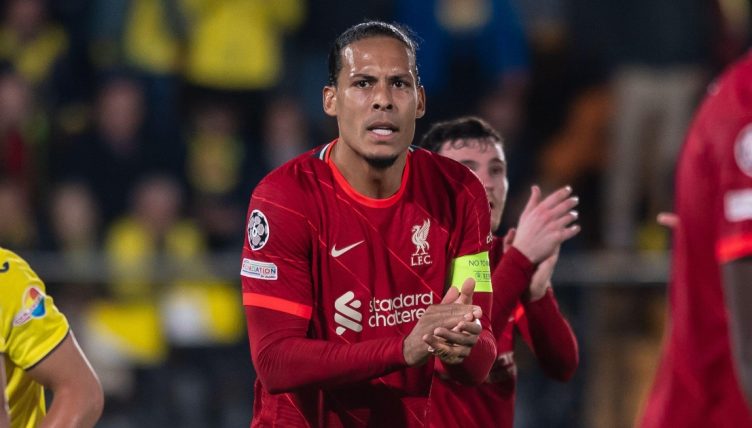 Liverpool went into the game with a 2-0 aggregate lead and Van Dijk led the Reds out as captain at the Estadio de la Ceramica.

But they had a disastrous start to the second leg and goals from Boulaye Dia and Francis Coquelin gave Unai Emery’s side a well-deserved lead on the night.

Liverpool were back to their best in the second half and Fabinho fired through the legs of Villarreal goalkeeper Geronimo Rulli in the 62nd minute.

Luis Diaz then headed home from Trent Alexander-Arnold’s cross moments later before Sadio Mane made it 5-2 on aggregate.

After the full-time whistle, Van Dijk celebrated reaching his third Champions League final in five seasons and then completed his post-match media duties.

When interviewed by the American outlet CBS, the Netherlands international asked who was in the studio for them. After learning that Henry was working alongside Jamie Carragher and Micah Richards, Van Dijk revealed that the former had failed to reply to his text.

Back in the CBS studio, host Kate Abdo then asked the former France international why he hadn’t messaged Van Dijk.

“I actually don’t have his number anymore,” Henry said. “I’ll go through someone else to get his number. I changed my number and when I put all my numbers on my new phone, his number wasn’t there anymore.”

After Jamie Carragher jokingly criticised him for a lack of respect, Henry had the last laugh and trolled the former Liverpool centre-back.

“He didn’t text the right number,” Henry said. “I’ll get him. You are just actually upset because he’s texting me!”