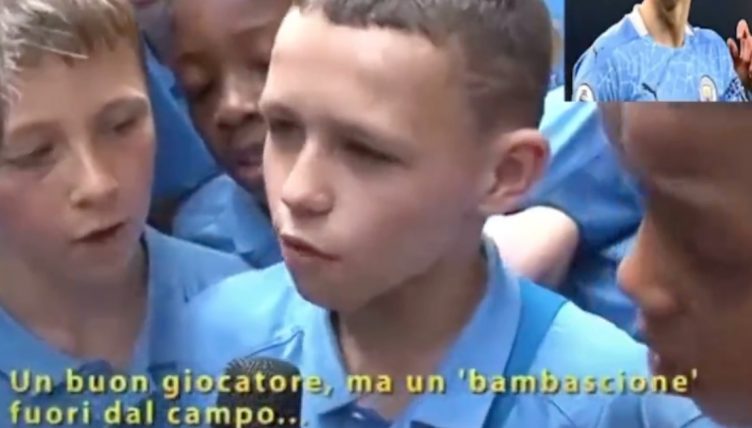 Speaking to an Italian reporter whilst representing his boyhood club’s academy, Foden was asked about the striker, who was at the club between 2010 and 2013.

The youngster’s reply? “He’s a good player but he’s got a bad attitude off the pitch.”

It sounds as though the youth coaches kept Foden, who was born in 2000, grounded from a young age – he’s since spoken about his idols at City, some of whom he played alongside after breaking through from the academy.

“I was directly behind the net when Sergio Aguero scored,” Foden told FourFourTwo in 2020 about the famous goal that clinched Man City’s first Premier League title in 2012. Aguero’s strike was actually assisted by Balotelli – the Italian’s only assist for the club that season.

“Then we celebrated on the pitch – I was on there at the end, with however many other people that afternoon. That was my main highlight as a City fan – it’s mad to think I play with those players now.”

Watch the unearthed clip below.