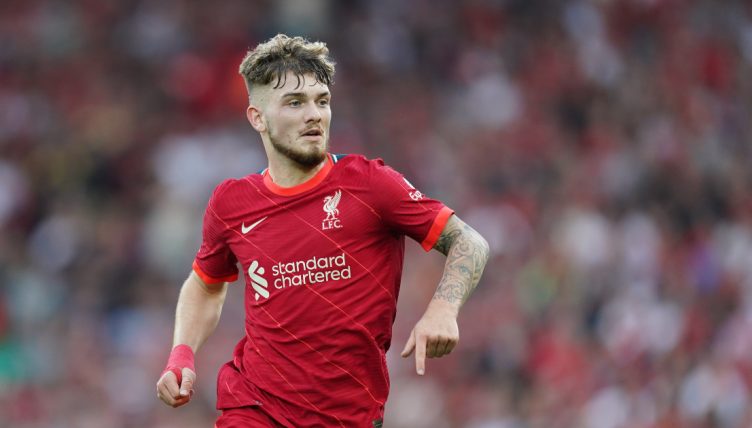 Liverpool starlet Harvey Elliott once channelled his inner David Beckham during his time at Fulham’s academy.

An old clip that has surfaced on social media shows a 13-year-old Elliott launching an audacious effort straight from kick-off. His strike sailed straight over the opposition’s goalkeeper, who flailed helplessly at the ball as it flew into the net.

Elliott made his first-team debut for Fulham in September 2018 and made two more appearances for the club before joining Liverpool in 2019.

Last season he had a successful loan spell with Blackburn Rovers in the Championship and registered seven goals and 11 assists for the club.

The 18-year-old then started to establish himself in the Liverpool first team at the start of this season and produced some impressive performances.

But following a horrific injury against Leeds, he required surgery and it is unlikely he will return to full fitness before the end of the campaign.

The young winger has recently returned to some semblance of on-pitch training and Jurgen Klopp was overjoyed to see him back on the field.

“An individual who is showing incredible personal resilience in this moment is Harvey Elliott,” Klopp said in November 2021.

“It filled my heart with joy to see him running on the pitches, he is still in a very early stage of his recovery and it’s important to keep expectations around his return realistic.

“He is still a long way off being able to train fully with the team, let alone play in a game.”

Here’s some exclusive footage of Harvey Elliott scoring a goal from
over the half way line straight from kick off at the age of 13#LFC #LiverpoolFC #Liverpool #LIVSHR pic.twitter.com/XRP5WjNAqY