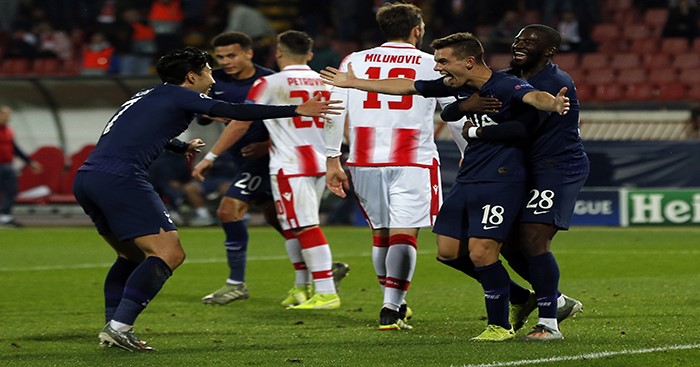 The 2019-20 season may have felt like it went on for an eternity, but at least there were some cracking goals from across the world to keep us entertained throughout.

From Kevin De Bruyne’s screamer against Newcastle back in November to Nicolo Zaniolo’s incredible solo run against SPAL, everyone loves to see an incredible goal; that thunderbastard from 40-yards out, that sweetly timed overhead kick, that one run where someone dances past an entire team.

While it’s always a joy to see a really great goal, as long as the ball crosses the line, they all count the same. Ugly goals come in all shapes and sizes; the tragic own goal, the classic goalkeeper clanger, a good ol’ goal-line scramble.

There have been a truckload of truly horrible goals scored in the 2019-20 campaign throughout the world, so much so Reddit user NotMeladroit posted a brilliant compilation showcasing the best of the worst.

Of course, Giovanni Lo Celso’s goal for Tottenham against Red Star Belgrade in the Champions League gets a mention. Though his strike was clean enough, it was more the slapstick 20 seconds leading up to it that were pure clown college stuff.

Sit back, watch, and enjoy. This is sure to help cure any midweek blues.