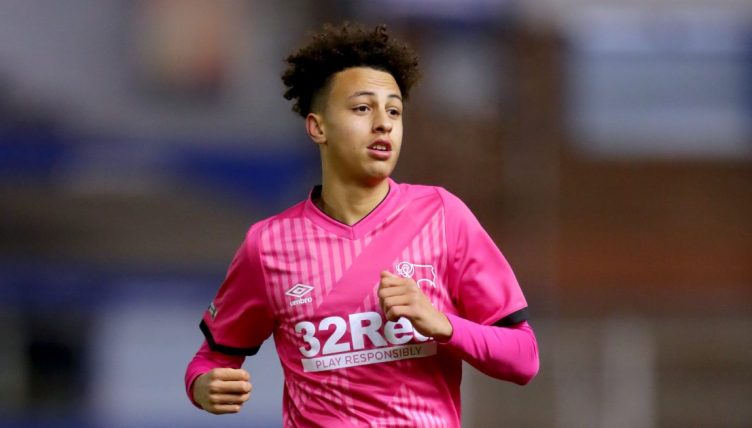 Liverpool youngster Kaide Gordon showed why he’s so highly rated with a goal in their behind-closed-doors friendly against Aston Villa.

Gordon came through the ranks at Derby County and made his senior debut at the age of 16 before joining Liverpool in February 2021.

After impressing with the Under-18s and Under-23s in recent months, he has been with Jurgen Klopp’s first-team squad during pre-season.

The teenager was also involved in a friendly against Villa where the likes of Thiago and Jordan Henderson got some minutes under their bolt.

Gordon scored with an impressive first-time finish, while Neco Williams, Curtis Jones and Divock Origi scored the other goals for Liverpool.

“There is obviously a plan for him,” Under-23s coach Barry Lewtas recently told the Liverpool Echo.“In terms of him being young, it is hard when lads break in and people get excited, and rightly so.

“But he is a young boy at the moment. He came and watched the Under-18s yesterday and he pops backwards and forwards.”

Kaide Gordon’s goal in the behind closed doors fixture pic.twitter.com/Aa3BA8Oxkl