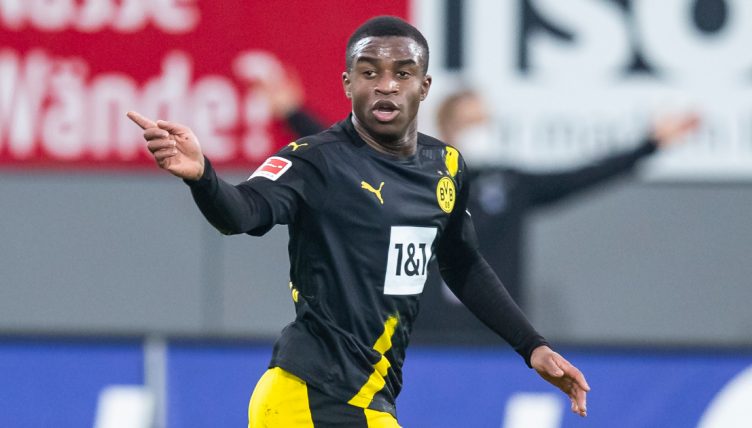 It’s turning out to be a season of few positives for Borussia Dortmund, but one silver lining is the emergence of 16-year-old wonderkid Youssoufa Moukoko.

The Cameroon-born, Germany Under-20 striker had already established a reputation as a promising player with a ridiculously prolific record in Dortmund’s youth set-up and he’s looking unfazed by the step-up to the first team.

Moukoko doesn’t turn 17 until November, but you can expect to see him gain plenty more experience before then.

Having scored his first Bundesliga goal in some style in a 2-1 defeat to Union Berlin back in December, he’s now notched his second – albeit in another 2-1 defeat, away at Freiburg.

This wasn’t quite as special, but it was demonstrated his killer instinct in the box with an emphatic finish.

We can’t wait to see what else this youngster goes on to achieve in 2021.