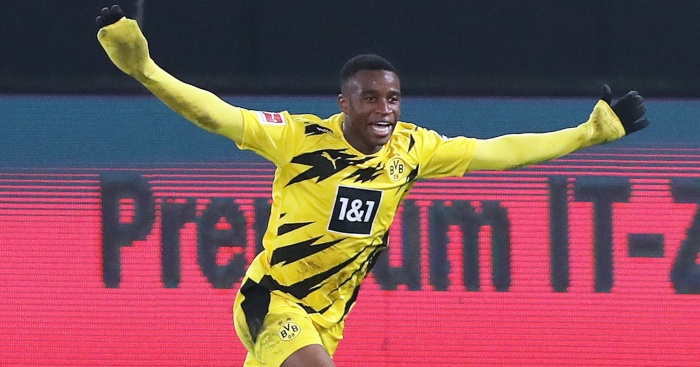 Having scored 141 times in 88 youth matches for Dortmund since 2017, Moukoko is regarded as one of the most exciting talents in Europe.

He made his first-team debut a day after turning 16 in November and recently became the youngest player to feature in a Champions League match.

“He’s the biggest talent in the world right now,” Erling Haaland told ESPN. “He’s got a big career ahead of him. I am over 20 years, I am getting old now. That’s how it is.”

The Germany Under-20 international was handed his second start by new Dortmund coach Edin Terzic and showed why he is so highly rated.

After Liverpool loanee Taiwo Awoniyi headed home from close range, Moukoko equalised for Dortmund with a brilliant effort that left the goalkeeper with no chance.

Union recovered, however, and Marvin Friedrich scored the winner with a header from a corner in the 78th minute.