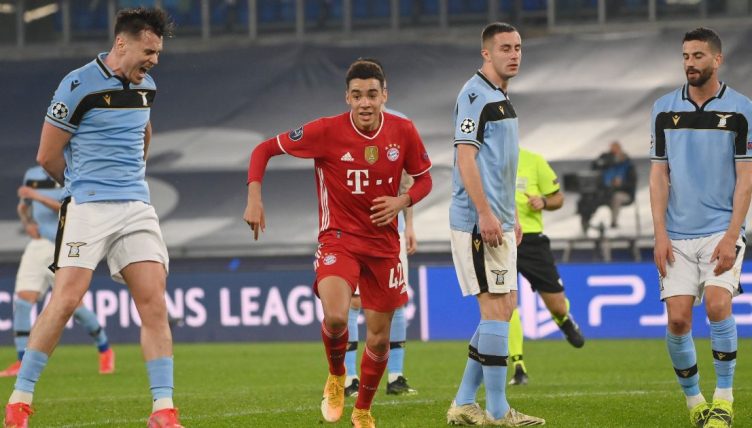 Bayern Munich‘s Jamal Musiala has become the latest English prospect to make an impression in the Champions League.

Musiala joined Bayern’s youth ranks from Chelsea’s academy in 2019 and has already made 16 Bundesliga appearances this season, registering three goals.

“Jamal is amazingly good for his age. He has good ball control and a clear mind. He always has a positive attitude and tries to learn from us,” Bayern team-mate Joshua Kimmich told the Bundesliga’s official website in January.

“He always plays well. He keeps the ball, has great dribbles and has already scored two or three goals. You can see his potential and, if he plays more often, he will develop and get better and better.

“I hope we, and especially I, can help him to become a great player at Bayern Munich.”

After being named in the starting line-up for the first leg of their Champions League round of 16 tie against Lazio, he doubled their lead in the 24th minute with a great finish.

The 17-year-old has now become the youngest English goalscorer in Champions League history.

What a finish from 17-year-old Jamal Musiala for Bayern! 🎯