Watch: 37-year-old Kaka scores a screamer at a 6-a-side match in London 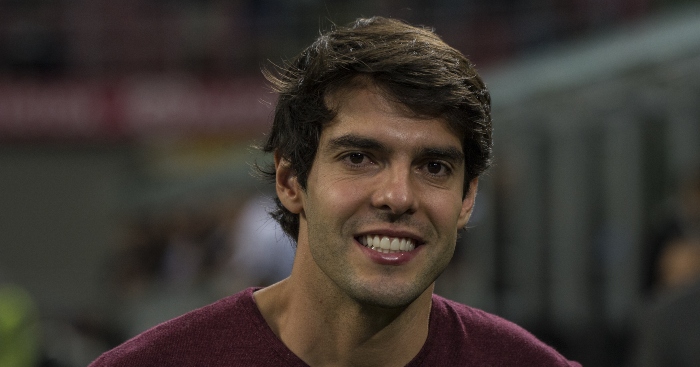 Former AC Milan and Real Madrid legend Kaka showed that class is permanent by scoring a stunning goal during an amateur game in London.

The Brazilian won the World Cup, Champions League and Ballon d’Or during his glittering career before hanging up his boots in 2017.

However, Kaka came out of retirement for one game only on Saturday, playing for amateur side Reach Out FC as part of an Adidas campaign.

The 37-year-old was wearing his iconic No.22 and rolled back the years by taking on his man before firing an unstoppable effort into the far corner.

We can’t help but admire the confidence of the guy who asks Kaka to cut the ball back.

Kaka is playing 6 a side in the ends, hoxton!!!! pic.twitter.com/HFZpTqkpzs

Kaka helped his side to a 4-2 win over Hackney Wick FC with another goal and an assist, but he was also the victim of a brilliant nutmeg.