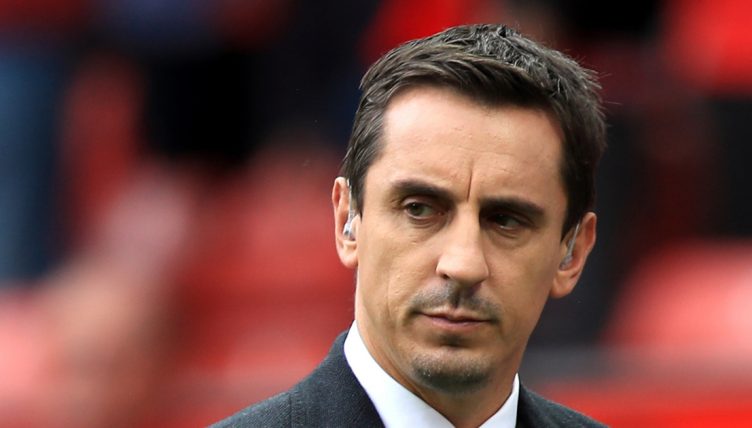 Ralf Rangnick, who was appointed interim manager in November, oversaw 1-0 wins against Crystal Palace and Norwich in his first two Premier League games.

They were then strong favourites against Newcastle, who currently sit 19th in the table and had won just one of their opening 18 Premier League games this season.

But the Red Devils fell behind to an early Allan Saint-Maximin goal and were unable to create many clear cut chances during the first half.

“You don’t want to go overboard, they’ve been off for 16 days, new manager, trying to get used to a new system,” Neville said at half-time. “The balance in the side isn’t right.

“But I was worried after Norwich, there’s no pressing, no urgency, the basics of the game, every single battle they’ve lost.

“That’s a really poor performance. They’ve not done one single thing right as a team, and not one single player can go in and say they’ve done their jobs, or even done themselves justice.”

Neville also criticised the players for how they reacted to the goal and the referee’s decisions, calling them a bunch of whinge bags.

Rangnick’s side did improve in the second half and Edinson Cavani scored the equaliser but they were unable to get all three points.

🗣 "They're a bunch of whingebags."

One of the best quotes of 2021 is a late entry from @GNev2 🤣 pic.twitter.com/Mn2X9maeZU