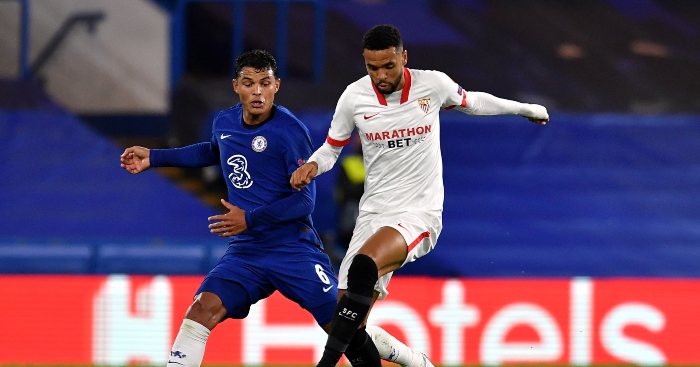 After conceding nine goals in their first five Premier League games in 2020-21, Chelsea kept a much needed clean sheet against Sevilla in the Champions League.

Frank Lampard has come in for criticism over his side’s defensive record but three of their new signings played a starring role in the 0-0 draw against the La Liga side.

Thiago Silva and Ben Chilwell impressed at the back while Edouard Mendy made a brilliant save, clawing away Nemanja Gudelj’s header after it had flicked off Kurt Zouma.

And former Chelsea star Joe Cole believes the trio make a huge difference and expects the Blues to keep more clean sheets from now on.

"Off the back of conceding three, you want to get it right. They got it right tonight.

"The whole team were engaged defensively as a unit."