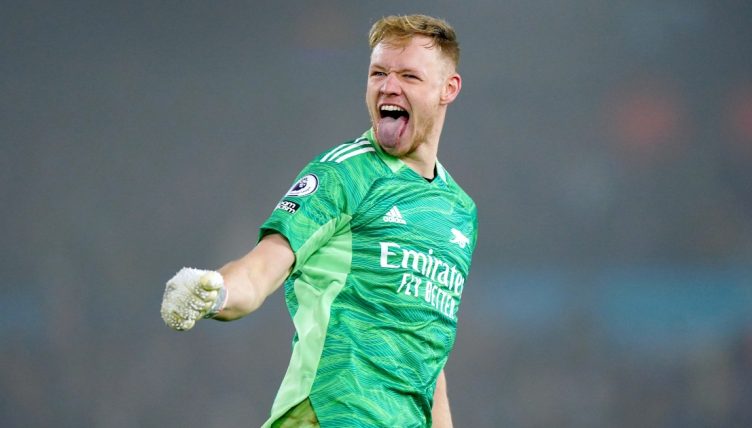 Aaron Ramsdale couldn’t resist the opportunity to wind up the Leeds United fans during Arsenal’s 4-1 win at Elland Road.

Ramsdale joined Arsenal in a £25million deal in the summer and has been one of the best goalkeepers in the Premier League this season.

The England international has also become a fan favourite at the Emirates due to his big personality and he’s often seen joking with opposition fans.

During their win at Elland Road, he celebrated an Arsenal goal by wheeling away in front of the furious Leeds fans before smiling back at them.

“It makes me concentrate better. I’m not a person who can just sit down and chill. I have to be doing something,” he recently told the Tubes and Ange YouTube channel when asked about abuse from away fans.

“You know if you were to concentrate on one thing so much you end up making silly mistakes?

“So when I give it to the away fans, if I’m giving it to you, and then I make a mistake, I know I’m going to get absolutely slaughtered, so it gives me an extra edge to be like, ‘well if I’m giving you banter, I can’t let you have anything’.

“But then my own fans, I genuinely have so much love for the game, especially goalkeeping, and when they show their love it’s hard not to do it.”