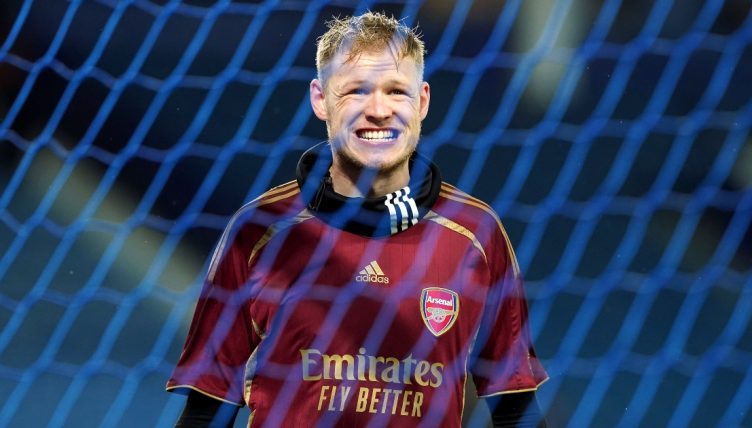 The signing of Aaron Ramsdale has proven to be a shot in the arm for a previously becalmed Arsenal – as his celebration against Southampton demonstrated perfectly.

Plenty of critics were sceptical when Ramsdale signed for the Gunners from relegated Sheffield United but the England goalkeeper has won them over with some spectacular saves and a general penchant towards shithousery.

Ramsdale needed to be at his athletic best to prevent Southampton from scoring an early goal on Saturday afternoon and his celebration following Alexandre Lacazette’s first goal of the season mirrored the jubilation of the Arsenal supporters.

Sprinting back into his penalty area, Ramsdale slid on his knees towards the Arsenal fans behind his goal before repeatedly punching the air with delight.

The main talking point before the game was the absence of Pierre-Emerick Aubameyang for a ‘disciplinary breach’.