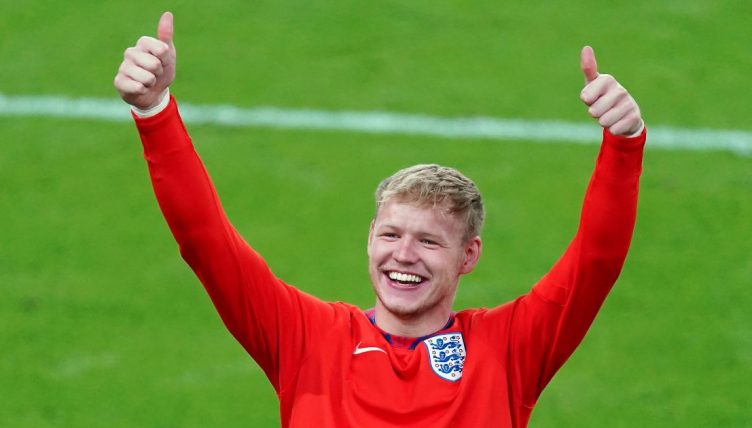 Arsenal goalkeeper Aaron Ramsdale was spotted making an unusual entrance as he reported for international duty for England.

The shot-stopper, who is still yet to make his debut for the Three Lions, appeared to be making a normal arrival at the St George’s Park training camp in the back of a car before the hilarious scene was unveiled once the door was opened by a staff member.

The 23-year-old appeared to be lying in between the two back seats of the vehicle with no shoes on and proclaiming: “It’s comfy!” when questioned about the situation.

Following the confusion, the moment caused a round of laughter before he eventually departed the car.

Ramsdale has a lot of new fans since his move to north London from Sheffield United last summer, having enjoyed a stellar start to the season.

Moments like this, and playfully taunting a number of Leicester fans following the Gunners’ victory at the King Power last month, look sure to earn him cult hero status.