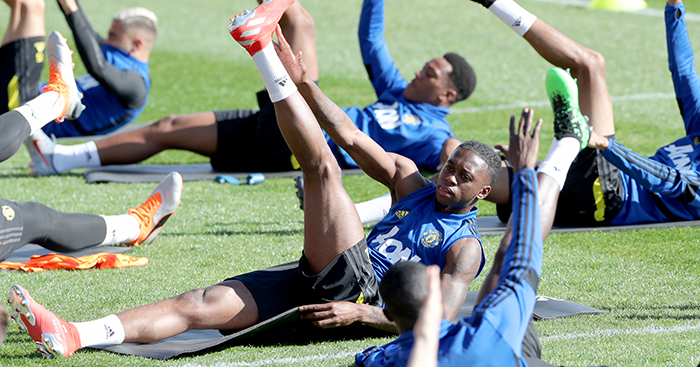 Aaron Wan-Bissaka has developed a reputation for winning tackles when it seems certain he’s beaten – and he’s already been showing off his knack in Manchester United training.

Wan-Bissaka was nicknamed ‘The Spider’ by his Crystal Palace team-mates, telling MUTV it’s “about the range and length of my legs when I’m lunging to tackle the ball”.

And on his very first day training with United in Australia, the right-back showed his new team-mates exactly why the nickname is justified when he somehow slid in to nick the ball from Juan Mata from what to most other players would have been an awkward position from which to launch a tackle.

As former Palace striker Clinton Morrison told talkSPORT ahead of Wan-Bissaka’s move to Old Trafford, “once you think you’ve got past him, he gets his daddy long legs and he manages to win it back.

“He’s one of the best I’ve ever seen in a one-on-one defending situation.”

Watch his tackle on Mata below.

🕷️ “'The Spider' nickname is about the range of my legs when I'm lunging to make a tackle."