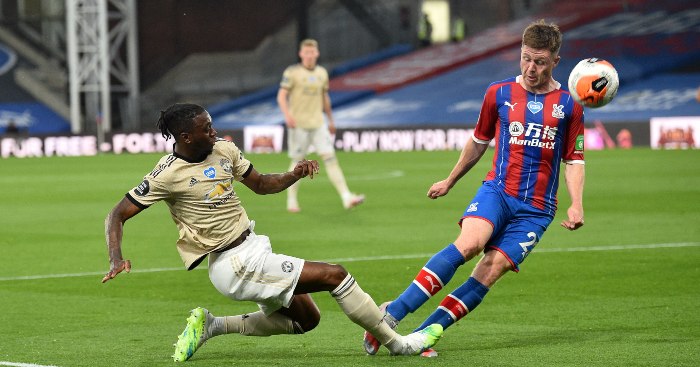 Goals from Marcus Rashford and Anthony Martial, plus a couple of controversial VAR decisions, saw United claim all three points and continue their charge for a place in the Premier League’s top four.

United are now unbeaten in 19 games in all competitions and are level on points with fourth-placed Leicester, who they play on the final day of the season.

Wan-Bissaka, a £50million summer signing from Palace, has been criticised for his offensive work at times this season – although stats show he is improving in this area – but he looked pretty sharp going forward with this cheeky nutmeg to launch a counter-attack.

Bruno played the stupidest pass of the year, but even when he’s bad he’s good