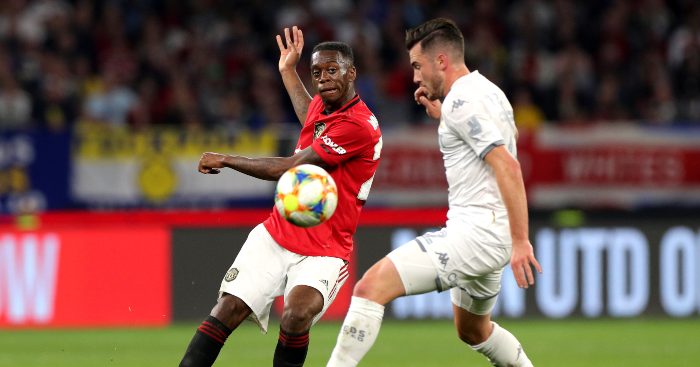 Manchester United fans are excited about watching Aaron Wan-Bissaka develop over the next few seasons – and the right-back showed just why with an exciting first-half display in the Red Devils’ pre-season friendly against Leeds United in Perth.

Wan-Bissaka has a lot to live up to after moving to Old Trafford in a a £50million deal from Crystal Palace this summer, having established himself as one of the Premier League’s most exciting young defenders over the past 18 months.

And the 21-year-old caught the eye during the first half against Leeds, providing the assist for Mason Greenwood’s early opener with a surge down the right flank followed by a smart pass across the face of goal.

Wan-Bissaka then produced a cheeky flick over the head of Leeds winger Jack Harrison, on loan from Manchester City, which would have no doubt raised a smile on the faces of Red Devils supporters.