Watch: Abou Diaby gets emotional live on TV after praise from Arsenal fans 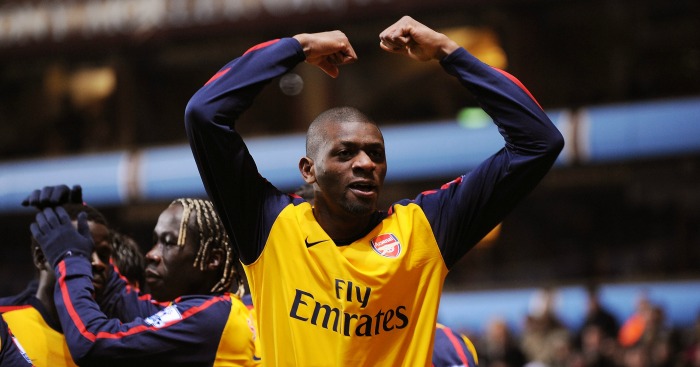 Abou Diaby may have endured a torrid time at Arsenal due to a host of serious injuries – but his efforts are still fondly remembered by the Gunners faithful.

Diaby arrived at Arsenal from Auxerre in 2006 as a relative unknown but quickly caught the eye with flashes of real quality in midfield.

However, in May 2006 a bad tackle from Sunderland youngster Dan Smith left Diaby with a fractured ankle, an injury the Frenchman never truly recovered from.

Billed as the heir to Patrick Vieira, Diaby often frequently fought back from injury to impress for the Gunners, and even won 16 caps for France, but his body always broke down and his suffered similar frustrations after joining Marseille in 2015.

Appearing on French TV, Diaby became visibly emotional after being shown messages of praise from Arsenal fans, who still remember the 31-year-old as a brilliant footballer.