Watch: Adam Lallana sent off for U23s for throttling player from behind 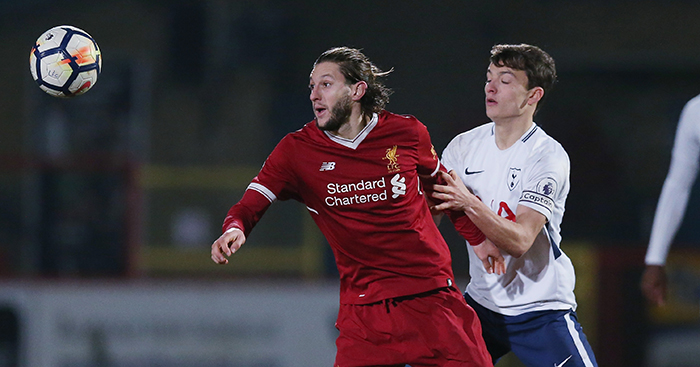 Adam Lallana received one of the most clear-cut red cards in the history of football playing for Liverpool’s Under-23s on Monday night.

Lallana did not play in the Premier League until November after suffering a thigh injury in pre-season, and he has been back on the treatment table again recently with a groin problem.

He returned to training last week, however, and stepped up his recovery by starting for the Under-23s against Tottenham at Stevenage’s Lamex Stadium.

Unfortunately it did not exactly go to plan for the England midfielder as he reacted terribly to being caught by George Marsh when contesting an aerial challenge and was shown a straight red card.

It comes a day after Liverpool were denied victory against Spurs in the Premier League, with Harry Kane converting a 95th-minute penalty to earn the visitors a 2-2 draw at Anfield.

Jurgen Klopp was far from happy with the officials during a fiery game, while Dejan Lovren angrily confronted Dele Alli after he dived inside the area.

Lallana just got sent off for Liverpool’s U23’s for this lmao. pic.twitter.com/qsTUbBnM6F