Watch: Adama Traore gets another Barcelona assist after superb dribble 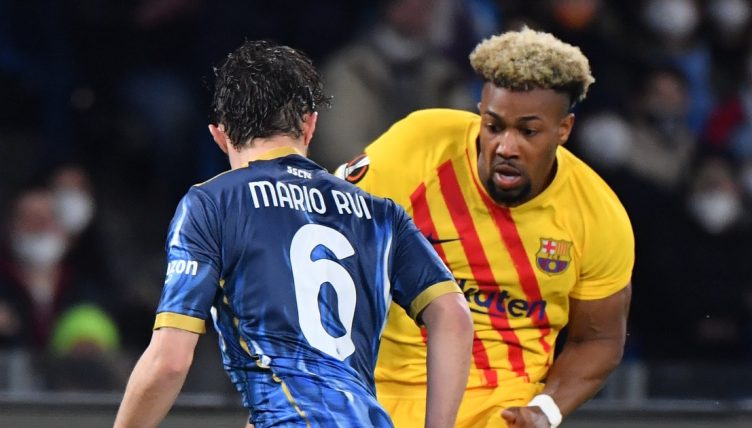 Adama Traore continued his excellent form since his January return to Barcelona by racking up an assist for Jordi Alba against Napoli in the Europa League.

The Wolves loanee has often been criticised for a lack of end product, but not even his harshest critic could label that against the Spain international in a Barca shirt at the moment.

With Barcelona needing a victory in Naples to secure progression into the last 16 of the competition, Traore inspired a perfect start on a blistering counter-attack. He raced forward before finding Alba who slotted home one-on-one.

The 26-year-old now has three assists in his four starts for the Catalans. It’s not been a bad start to life at the club where he spent his teenage years.

“I’m very happy to be back at Barça, where I grew up. This is a special moment for me,” Traore told BarcaTV when he joined on a six-month loan deal last month.

“I had a conversation with Xavi, I know what he wants from me, I talked to him before signing.

Traore has certainly hit the ground running at the Nou Camp. If he carries on his scintillating form, it wouldn’t be too surprising if the Spanish giants exercised their €30 million option to buy clause.