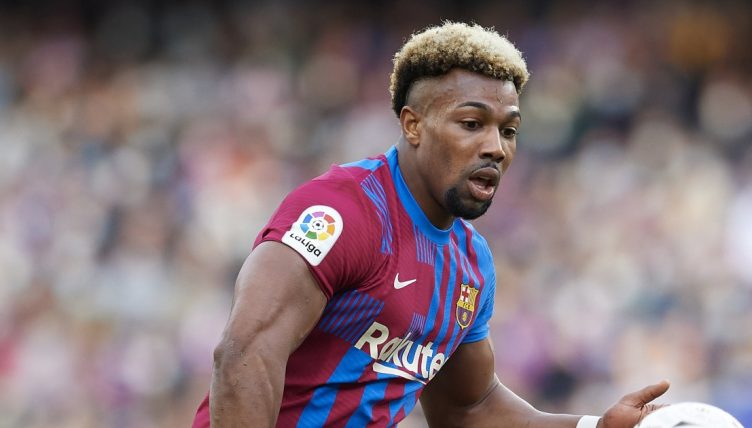 On his second Barcelona debut, Adama Traore recorded a brilliant assist to set up youngster Gavi and put Barcelona ahead against Atletico Madrid.

The Spain international returned to boyhood club Barcelona in January, signing on loan from Wolves to the end of the season with an option to buy.

Traore started against Atletico and Yannick Carrasco opened the scoring before Jordi Alba stored a stunning equaliser for Barcelona.

During the 20th minute, the winger received the ball out on the far-right, and he immediately set to driving the ball forward.

He stared down Mario Hermoso who tried containing him, but a sudden change of pace from Traore saw the debutant speed past the Atletico defender and into the space beyond.

The 28-year-old was then able to fire a good ball upwards into the ball Atletico box where the Barcelona attackers lay waiting.

Gavi jumped highest to meet the ball, sending it beyond Jan Oblak and into the Atletico net to give Barcelona a 2-1 lead at Camp Nou.

Whilst most of the team ran over to celebrate with Gavi, Dani Alves rushed over to embrace Traore.

“I’m very happy to be back at Barça, where I grew up. This is a special moment for me,” Traore said after re-signing for the Catalan giants.

“I had a conversation with Xavi, I know what he wants from me, I talked to him before signing. I’ll give my 100%!

“My biggest goal is to learn, work, and grow everyday. I also want to learn from the great coach, who has won many titles and is a legend of Barcelona.”