Watch: Adrian makes outrageous save to deny Dries Mertens at 0-0 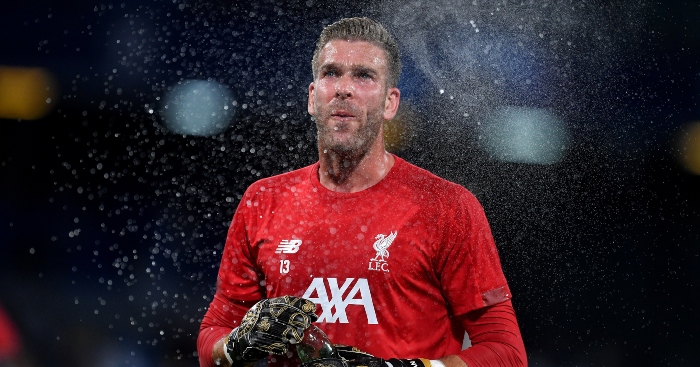 Liverpool may have slumped to a 2-0 defeat at Napoli in their opening Champions League fixture – but they could hardly blame the performance of stand-in goalkeeper Adrian.

Having been released from West Ham in the summer, Adrian joined Liverpool on a free transfer as a replacement for second-choice stopper Simon Mignolet.

An injury to Alisson Becker has handed the 32-year-old a surprise chance in Jurgen Klopp’s starting XI, and the Spaniard has been in impressive form, notably saving Tammy Abraham’s penalty as the Reds beat Chelsea in a penalty shootout to win the UEFA Super Cup.

After making a smart double save in the first half to ensure both sides went into the break at 0-0, Adrian then produced an even more stunning stop to deny Mertens at the back post.