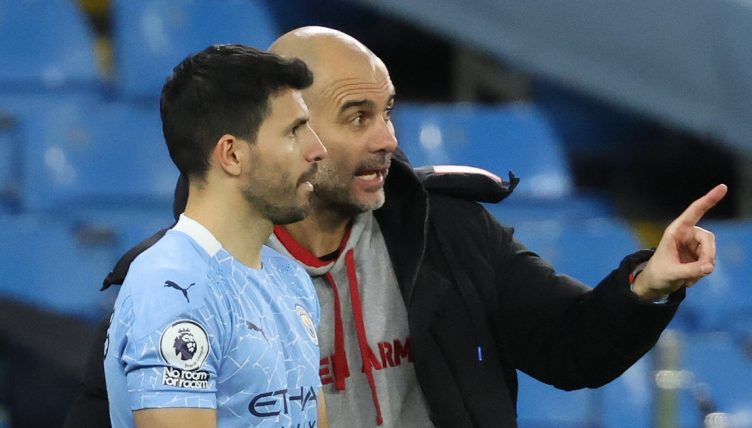 There was a remarkable lack of tension in the closing stages of Manchester City‘s Champions League semi-final victory over PSG, with Pep Guardiola’s men enjoying a 4-1 lead on aggregate.

A Riyad Mahrez brace at The Etihad extended City’s lead out of reach, while PSG’s attackers were left frustrated by a defensive masterclass from Ruben Dias and John Stones.

The final 15 minutes saw PSG lose their heads, with Angel Di Maria dismissed for a stamp on Fernandinho, while more frustrating challenges may well have resulted in further red cards.

Guardiola decided to use the opportunity to give Sergio Aguero a short cameo appearance, following his first Premier League goal in open play in over a year against Crystal Palace on Saturday.

Aguero had said that he won’t leave City until they win the Champions League, and ahead of leaving when his contract expires this summer, could make his final appearance for the club in their first-ever European Cup final.

But the fourth official made a mistake when displaying his number on the digital board, with Gabriel Jesus’ No.9 appearing rather than Aguero’s iconic No.10. The Argentinian’s expression was priceless as he quickly had a word to correct the match official.

The 4th official got his number wrong… pic.twitter.com/bqtdOuqGsi

Can you name every player to wear No.8 for Man City in the Premier League?