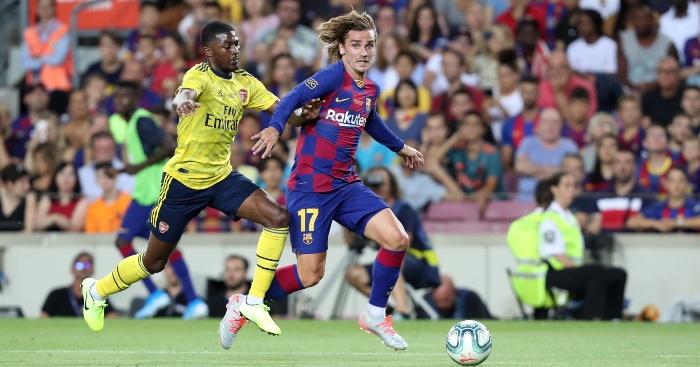 Ainsley Maitland-Niles had a night to forget as Arsenal were beaten 2-1 by Barcelona in their final pre-season friendly ahead of the 2019-20 campaign.

The Gunners led 1-0 at half-time after Pierre-Emerick Aubameyang scored an excellent opener, only to concede twice after the break, with Luis Suarez bagging the winner in the 90th minute as the hosts won the Joan Gamper Trophy.

But the main memory of the game will be Barcelona’s equaliser, which came after Maitland-Niles failed to spot Bernd Leno coming off his goal-line and calmly passing the ball into his own net.

We really do feel sorry for the 21-year-old watching this back. But it’s still quite funny, though.