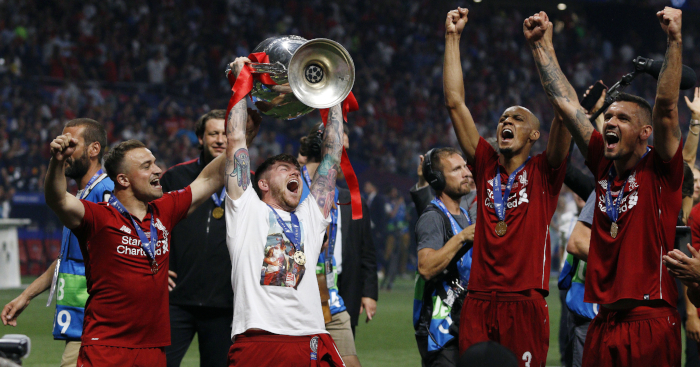 An early penalty from Mo Salah and a late strike from Divock Origi settled a cagey final as Liverpool won their sixth European Cup.

The day had started with the tragic news that former Arsenal, Real Madrid and Atletico Madrid forward Reyes had passed away following a car accident at the age of 35.

And Moreno, who played alongside Reyes at Sevilla, dedicated Liverpool’s victory to his former team-mate, wearing a t-shirt with a photo of the duo and the words ‘te quiero hermano’, which translates as ‘I love you brother’.