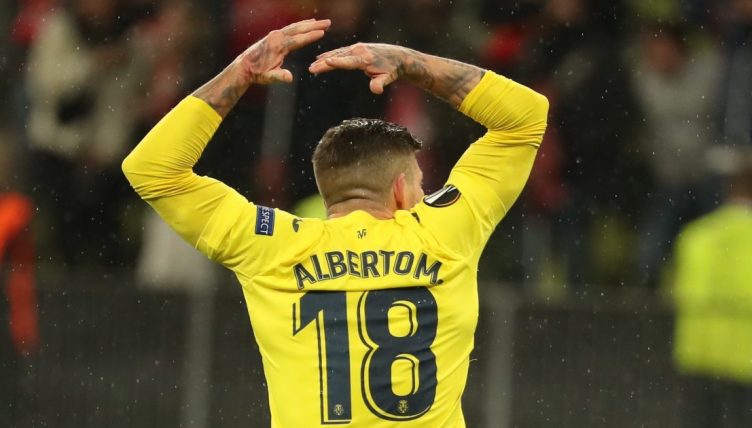 Alberto Moreno may have left Liverpool two years ago, but the left-back clearly still holds the club’s values close to his heart, judging by his reaction to Villarreal’s Europa League final victory over Manchester United on Wednesday.

Despite being underdogs against United, Villarreal triumphed on penalties after Edinson Cavani had cancelled out Gerard Moreno’s first-half opener.

Moreno came off the bench for the Spanish outfit and was among the 21 players to convert from the spot in the shootout before United goalkeeper David de Gea saw his attempt saved by opposite number Geronimo Rulli in sudden death.

A much-maligned figure during his time at Anfield, Moreno doesn’t seem to have let that affect his opinion of the club, as he filmed himself after the game shouting You’ll Never Walk Alone.

And the Spaniard then sent a message to Liverpool fans from the dressing room in his own inimitable style. Never change, Alberto.