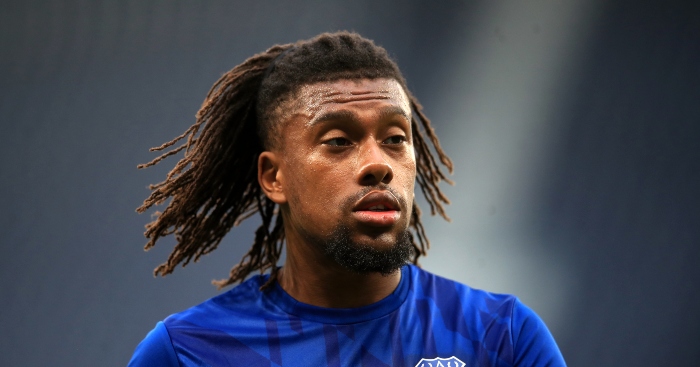 Alex Iwobi has not had an easy time of things at Everton, but he showcased his incredible skills during the Merseyside derby.

After signing from Arsenal for £35million in 2019, Iwobi has struggled to hold down a place in the first team at Goodison Park.

However, the Nigeria international made an eye-catching cameo against Liverpool and capped his display with an outrageous piece of skill in the closing stages.

He appeared to have taken the ball into a dead end, with Andy Robertson and Georginio Wijnaldum crowding him out on the right-wing.

But, Iwobi flipped the script on the Liverpool pair. Turning his back to them, he pulled a unique-looking flick to take both players out of the game. Perhaps feeling ridiculed, Robertson promptly fouled the midfielder.