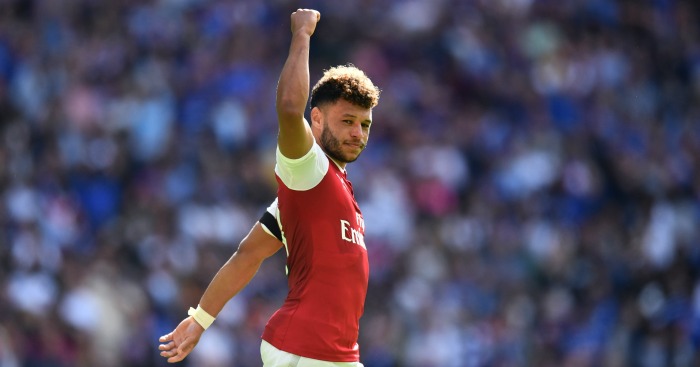 Bradley Walsh may be a loyal Arsenal fan, but Alex Oxlade-Chamberlain showed no remorse in hilariously trolling the TV presenter not once but twice on Play To The Whistle.

Oxlade-Chamberlain was appearing on the quiz show as a contestant and found himself alongside Walsh, a lifelong Arsenal supporter.

Walsh famously commented with Tim Lovejoy in Sky’s fan zone booth for the Gunners’ 2-0 FA Cup final victory over Chelsea in 2002, which remains fondly remembered for the latter’s “it’s only Ray Parlour” just seconds before the midfielder opened the scoring.

But Oxlade-Chamberlain showed his wit is as quick as his feet as he made Walsh look just a little bit silly. Watch the full clip below.