Watch: Alexander-Arnold nearly gets assist of the season with half-volley 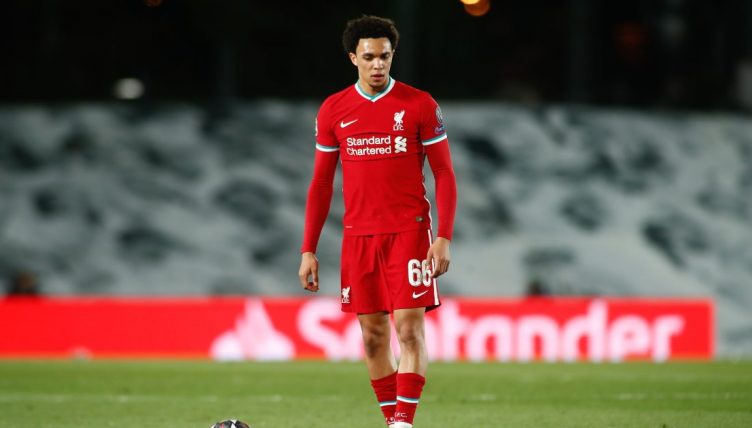 Alexander-Arnold has been the focus of debate in recent weeks following his omission from the England squad for their 2022 World Cup qualifiers.

“Who’s he going to be playing against? Hazard, Mbappe, Sane, Jota, Ronaldo. Who do they want to play against? [Reece] James, [Kyle] Walker or Trent? They’ll say, I’ll let Trent go forward, he’ll leave space behind.”

Despite impressing in the 3-0 win over Arsenal, the right-back struggled to deal with the pace and skill of Madrid’s Vinicius Junior and headed the ball directly into the path of Marco Asensio, who made it 2-0 to the Spanish giants.

During the second half, he tried to redeem himself and produced a stunning outside of boot half-volley, but Diogo Jota headed wide.