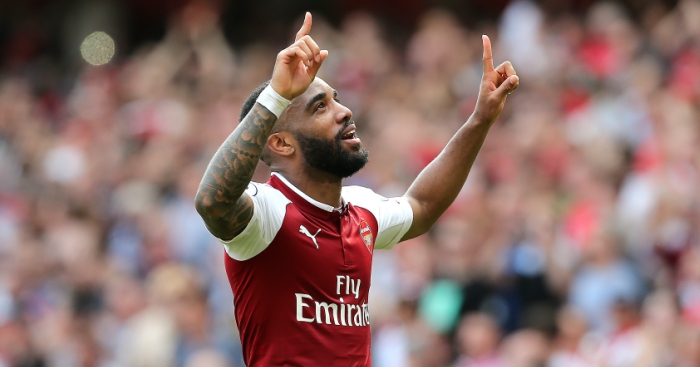 Alexandre Lacazette and Per Mertesacker proved that Tottenham aren’t the only team in north London with their own secret handshakes as the duo celebrated Arsenal‘s win over West Ham.

Son Heung-min has attracted attention by seeming to have a different handshake with every member of Tottenham’s squad.

But Lacazette and Mertesacker have now developed their own to rival those of Son and co.

The duo were celebrating after Arsenal beat West Ham 4-1 at the Emirates thanks to goals from Nacho Monreal, Aaron Ramsey and Alexandre Lacazette’s brace – which took his tally to 15 in all competitions in his debut season for the Gunners.

Make sure your sound's on 🔊