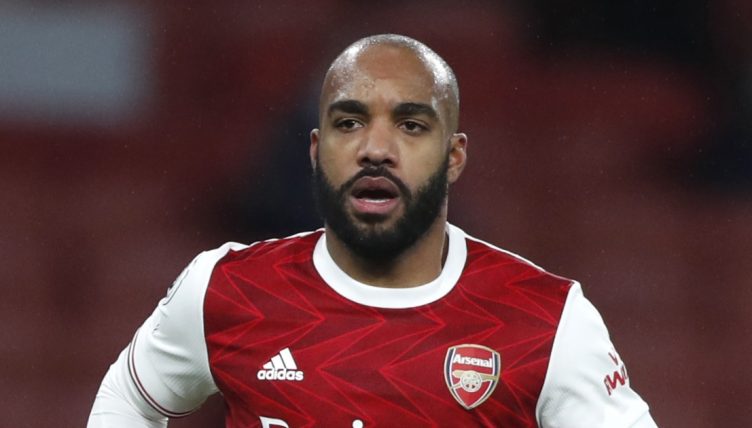 Alexandre Lacazette missed a glorious opportunity to give Arsenal the lead against Slavia Prague.

Arsenal’s entire season rests on the Europa League – they’re mid-table in the Premier League and eliminated from the domestic cup competitions.

But Slavia Prague, who’ve knocked out both Leicester City and Rangers from this season’s competition, always looked like being tough opponents.

As expected, the first leg of the quarter-final at the Emirates proved tense and tight.

But Lacazette was presented with a guilt-edged chance to put Arsenal ahead.

He robbed an opponent on the halfway line and found himself with a clear pathway towards goal.

Despite the presence of two Slavia defenders closing in, Lacazette still had plenty of time to pick his spot.

Unfortunately, the France international hit the crossbar instead and Slavia scrambled the ball away.