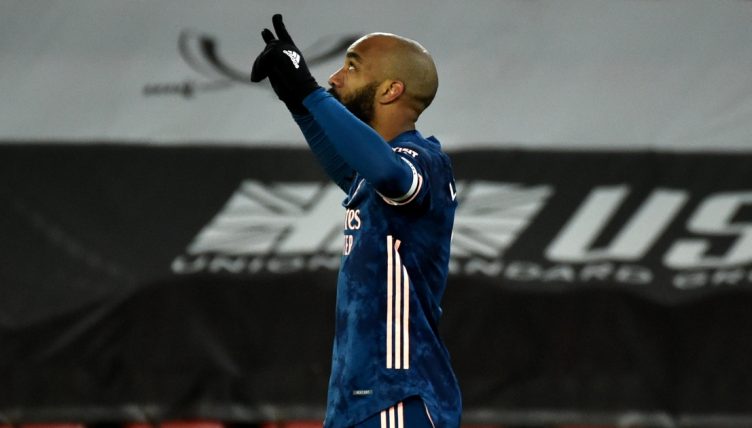 Arsenal‘s Alexandre Lacazette made a powerful stand against racism after taking the knee directly in front of the Slavia Prague team.

Lacazette, who was named as Arsenal captain for the second leg of their Europa League quarter-final, ensured that the Slavia players could not ignore his own personal gesture as his team-mates took the knee behind him.

The match in Prague was the first to take place since Slavia’s Ondrej Kudela was banned for 10 matches by UEFA after being found guilty of racially abusing Rangers midfielder Glen Kamara in a Europa League clash last month.

UEFA released a statement saying they decided “to suspend SK Slavia Praha player, Ondrej Kudela, for the next 10 UEFA club and representative team competition matches for which he would otherwise be eligible to play, for racist behaviour.”

Lacazette also made a statement on the pitch by scoring a penalty, as Arsenal raced into a 3-0 lead.