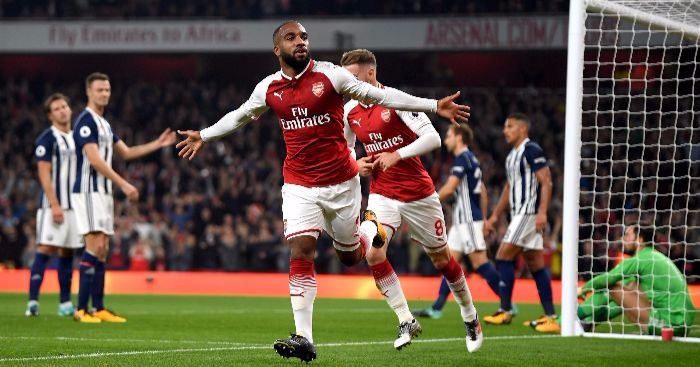 Alexandre Lacazette continues to settle nicely into life in England as his brace earned Arsenal a 2-0 win over West Brom on Monday.

Lacazette, who has now scored in three consecutive home wins for Arsenal, headed home from close range before converting from the spot to see off the Baggies.

“What is interesting is that he gets stronger in every game. You can feel, when we dominate the game, that he is always dangerous,” Wenger told the BBC following Arsenal’s win. “Good first touch, good movement and quality finishing.”

When asked whether we’ve seen the best of Lacazette, Wenger replied: “I don’t think so – he’s just 25 years old (admittedly, he’s actually 26) and only just arrived in England.”

Even if Lacazette still has room for improvement at the Gunners, Jay Rodriguez will be glad to see the back of him.