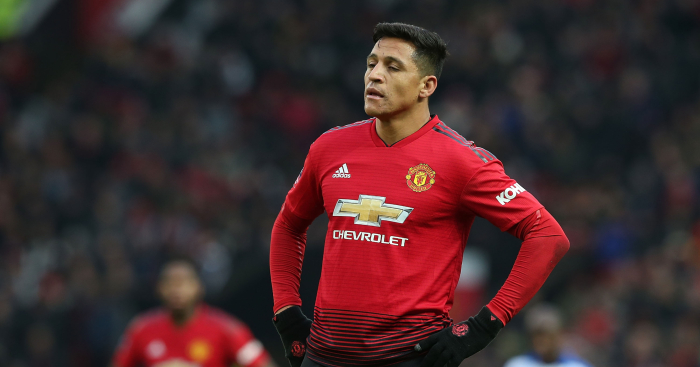 Alexis Sanchez made his first Manchester United start since November in the 2-0 victory over Reading in the FA Cup on Saturday, but had an awkward moment with his new manager Ole Gunnar Solskjaer after being substituted off the field.

Sanchez has struggled for form and fitness since joining United from Arsenal in January 2018 and missed the last few games under Jose Mourinho due to injury.

The forward appeared off the bench to provide an assist in the 2-0 victory at Newcastle United in midweek and was handed a start for the visit of Championship side Reading.

Sanchez last just over an hour before making way, only to sit in the seat of his new manager, who had to ask him to move.

Watch the awkward moment below.