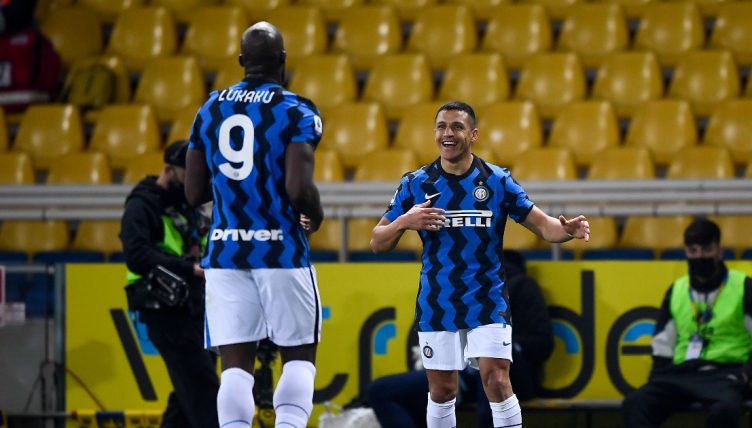 Romelu Lukaku and Alexis Sanchez are two names that will conjure up disappointment among the Manchester United faithful – but not Inter Milan fans.

Both were huge signings when they arrived at Old Trafford, but it is safe to say that both ultimately left without showing the peak of their powers – particularly Sanchez.

Now, the duo are spearheading Inter’s charge for a first Scudetto in 10 years.

The Belgium international has notched 18 goals in 24 Serie A appearances and he took his assist tally to eight for the season on Thursday night as Inter beat Parma 2-1.

It was an assist that helped boost Sanchez to five goals in 18 appearances as well, and my my, what an assist it was.

Leading a one-man counter-attack, Lukaku dropped a shoulder and sped past a Parma defender, who immediately knew this was a battle of wits and physicality he was destined to lose.

Powering on to the edge of the penalty area, Lukaku waited and waited until the perfect passing opportunity came.

Eventually, he slid Sanchez through, who made no mistake with his first-time finish, rolling it coolly past Luigi Seppe in the Parma goal for his second of the night.