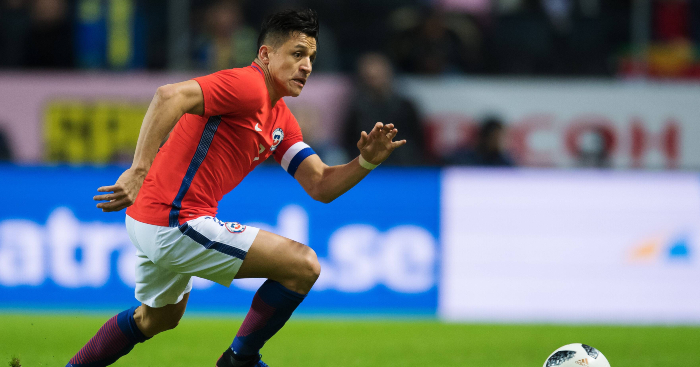 Alexis Sanchez opened up on his Manchester United struggles after ending his five month goal drought in a man of the match display for Chile against Japan at the Copa America.

Chile beat Japan 4-0 in their opening match of the tournament, with Sanchez scoring for the first time since Manchester United’s 3-1 win at Arsenal in January and also providing an assist.

The forward has struggled for form and fitness since moving to Old Trafford and admitted after the match: “For six weeks, I felt worse than I ever have before.

“I struggled in the first half as I felt stifled, but in the second half I was more relaxed and played with more freedom and excitement.”

Sanchez bagged Chile’s third in the 81st minute with a smart diving header at the far post.

And he went on to provide an assist for Eduardo Vargas just a minute later.

While United fans will still need convincing Sanchez can turn things around at the club, seeing Sanchez reduced to a punchline has got boring now, it’s time we see him back to his best.