Watch: Alfredo Morelos gets sent off after celebrating goal for Rangers 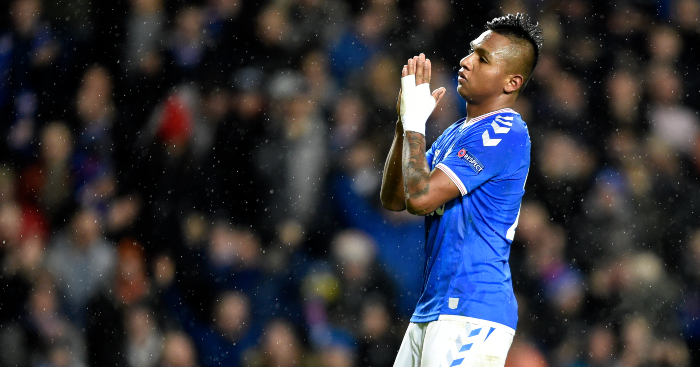 Alfredo Morelos once again found himself back in the headlines for all the wrong reasons after the striker received a second yellow card for his celebrations after scoring in Rangers’ 2-0 win at Motherwell on Sunday.

Never shy of courting controversy, Morelos was dismissed five times for Rangers last season, albeit one of those occasions was later rescinded.

The 23-year-old appears to have cleaned up his act this term and had been booked just twice in the Scottish Premiership heading into Rangers’ trip to Fir Park.

His 69th-minute goal doubled the visitors’ lead and seemed to secure their victory, only for Motherwell to be given a lifeline when the Colombian was immediately given a second yellow card due to his celebrations in front of the home fans – which you can watch below.