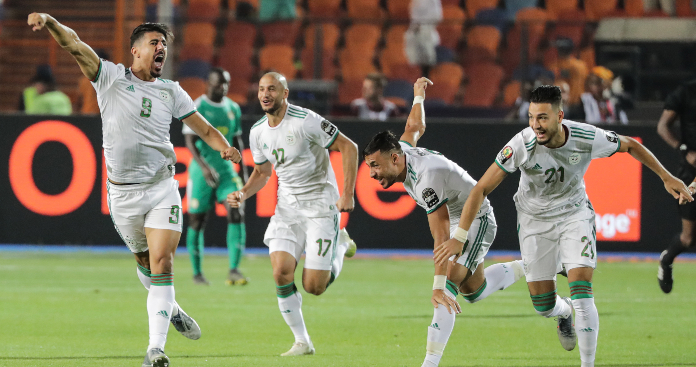 Algeria lifted their second Africa Cup Of Nations after a 1-0 win over Senegal in the final.

The victory, thanks to a freak deflection in the third minute, sparked ecstatic scenes of celebration from Algerian supporters around the world.

In the opening stages, Algeria’s Baghdad Bounedjah unleashed a shot from 20 yards out, striking the leg of Salif Sane before looping high and dipping into the top corner.

Sadio Mane and co. spent the rest of the game pushing for an equaliser, and briefly thought they’d been awarded a penalty before it was overturned via VAR, but they couldn’t find a way through.

From Algeria to London, Paris and beyond, there were wild celebrations. We’ve included some of the footage posted on social media.

THIS was the moment Algeria became Champions of Africa on the Old Kent Road…! SCENES!! #AFCON2019 #SENALG pic.twitter.com/zIIuXYevb8

Tears in a Canadian barbershop chair thousands of miles away from the actual game. This scenario is probably playing out from Paris to London and who knows what’s happening in Algiers.

This is how Algerian supporters watched the match at Stade 5 Juillet today. pic.twitter.com/rGWJPq5fIg