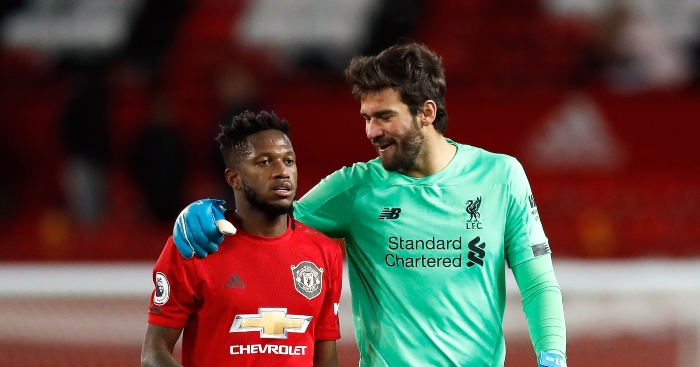 After crying during Firmino’s baptism, the Brazil international and devoted Catholic welcomed Monique Salum, the wife of Manchester United midfielder Fred, for a similar ceremony. Alisson and his wife Natalia were involved, and Salum thanked them for “transforming” her life and that of her family.

It has been pointed out that the keeper has now been involved in more baptisms in 2020 (two) than he has conceded goals (one), which is about as niche a stat as you can get.