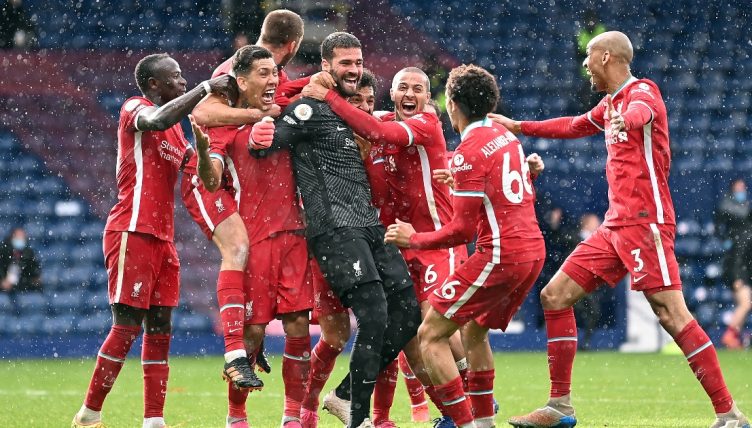 There was an unexpected hero for Liverpool on Sunday evening as a late header from Alisson secured a crucial three points for the Reds away to West Brom as they look to secure a place in the top four.

Hal Robson-Kanu had given Sam Allardyce’s side the lead in the first half only for Mo Salah to level things before half-time.

Kyle Bartley thought he had poked the hosts back in front in the second half, only for the goal to be ruled out with Matt Phillips adjudged to have been interfering with play from an offside position.

Liverpool continued to press for a winner but clear-cut chances were hard to come by. Then they won a corner deep into injury time.

A win was all but essential if the Reds were to secure a Champions League place for next season and Alisson may well have won it for them, brilliantly flicking Trent Alexander-Arnold’s corner into the net and becoming just the sixth goalkeeper to score a Premier League goal.

At full time, the Brazilian broke down in tears. After the death of his father earlier in the season, the huge outpouring of emotion was warranted. Soon, Klopp was there with him, giving his hero a trademark hug.