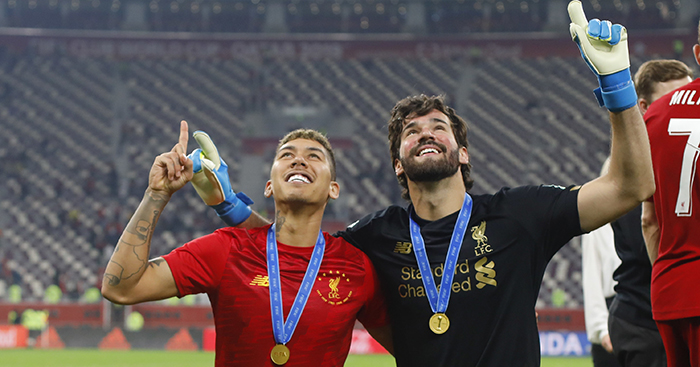 Sometimes, a headline is all that’s needed to tell the story. And this is one of those occasions.

Roberto Firmino has been baptised, Alisson was there, in the swimming pool with his Liverpool team-mate, and as Firmino embraces his wife after the ceremony is complete, Alisson stands in the background rubbing tears away from his eyes.