Watch: Alisson scores in Liverpool training after pulling off brilliant save 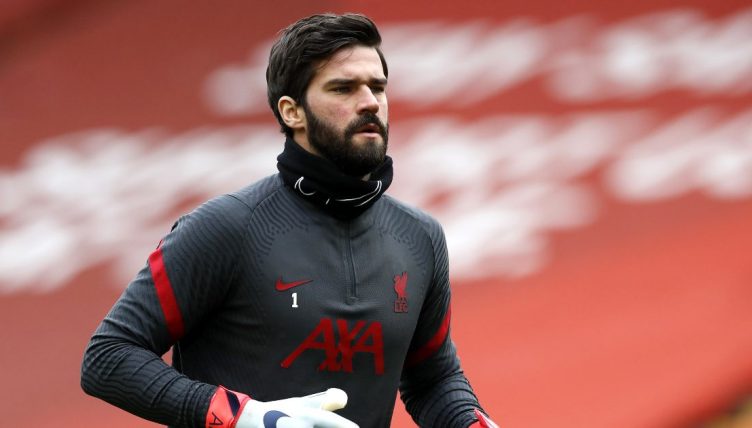 While Alisson Becker has endured a difficult season for Liverpool, he’s undoubtedly one of the best goalkeepers in the world.

Since joining the Reds from Roma in 2019, Alisson has played an integral role in their Champions League and Premier League triumphs.

During their 4-1 defeat to Manchester City, the 28-year-old made two costly mistakes, prompting one of the strangest noises of Jamie Carragher’s commentary career.

“I spoke to him a few seconds ago actually, he’s obviously very disappointed,” Jurgen Klopp said after the defeat to City.

“He said, ‘Not today, not today.’ And I said, ‘That’s the problem with mistakes, you cannot decide when you make them.’ The only thing we can do is learn off it.

“That’s what he will do, and it will never happen to him again I’m pretty sure. That’s it. But tonight it was decisive, I would say!

“That’s OK, he’s saved our lives I don’t know how often. He’s an absolutely world-class goalie, and tonight some things went a little bit wrong. We have to take that and we do that.”

During a small sided-game in training, he delivered a timely reminder of his ability by tipping a shot onto the post with a brilliant save.

The Brazil international then showcased a different side to his game, catching fellow goalkeeper Adrian off-guard before firing a shot into the bottom-left corner.

He was clearly delighted with his goal and slid on his knees in celebration.

Great save… and finish! 👌