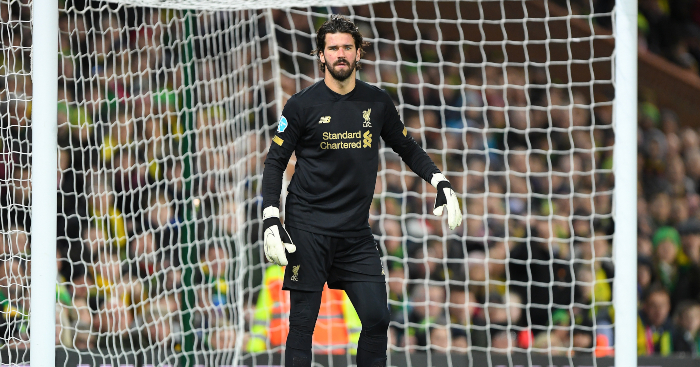 Norwich City made Liverpool work hard for their 1-0 victory at Carrow Road – and it could have been very different were it not for a ridiculous save from Alisson Becker.

Liverpool maintained their unbeaten record in the Premier League this season thanks to Sadio Mane’s second-half goal, but they very nearly came unstuck to the division’s bottom side in Jurgen Klopp’s 250th game in charge of the Reds.

Norwich seemed certain to open the scoring in the first half when Lukas Rupp got in behind the visitors’ defence and tried to square the ball to leave Teemu Pukki with a tap in.

But Alisson somehow clawed the ball away from the striker’s toe to keep Liverpool level.