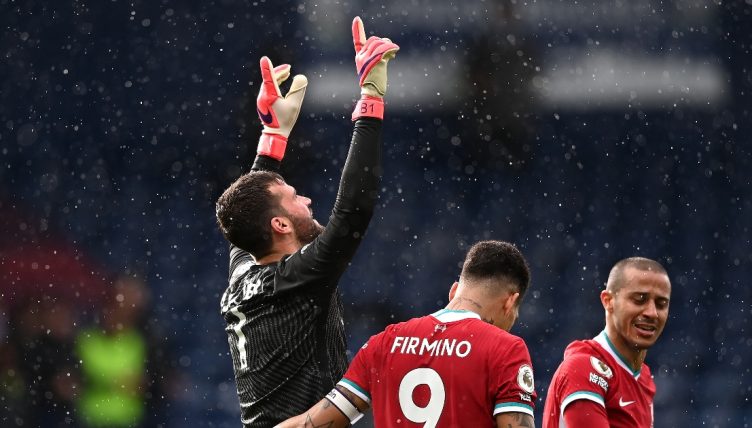 Liverpool goalkeeper Alisson was the unlikely hero for the Reds on Saturday, heading home a 95th-minute winner against West Brom to keep the club’s top-four hopes alive.

Hal Robson-Kanu put Sam Allardyce’s men in front early in the first half, only for Mo Salah to finish brilliantly first-time to level the scores at the break.

The Baggies had a goal ruled out after Matt Phillips was adjudged to have been interfering with play while in an offside position as Kyle Bartley poked home from a corner.

Despite the pressure from Jurgen Klopp’s men, they struggled to create any clear cut chances. Until injury time.

As Liverpool won another corner, Alisson decided to join his teammates in the opposition penalty area. Trent Alexander-Arnold’s free-kick found the unmarked Brazilian, and his header flew into the far corner.

Cue jubilant scenes on the pitch. But there was also a lot of joy among the Brazilian commentators, who were clearly delighted for their compatriot. Have a listen below.